Yesterday I had a craving for sushi but as sushi is rather expensive I made it myself. Homemade sushi isn’t very hard to make but it does take some time and patience.

In this blogpost I will walk you through the entire process. This recipe is for about 4 people.

For the rice you’ll need: 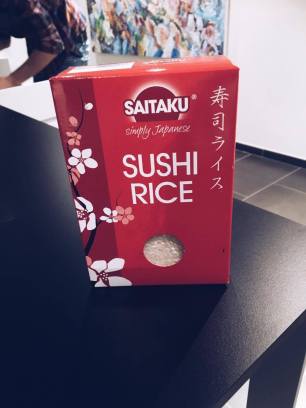 While the rice is cooling you can start cutting up everything you want in your sushi rolls. I went with avocado, mango, salmon and cucumber. 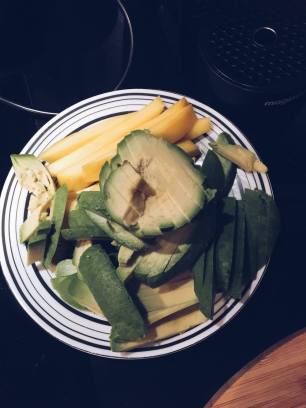 When the rice has cooled down enough you have to make the marinade to give the sushi rice that amazing taste. You just put the rice vinegar, salt and sugar in a little pot and heat it up until the salt and sugar have dissolved. Then just blend the vinegar with the rice.

Then we’re going to start making the actual sushi rolls. I went with inside-out rolls and normal maki rolls.

For the sushi rolls you’ll be needing the seaweed leaves and some cling film. You also have to fill up a little bowl with lukewarm water and some vinegar so you can keep your hands wet because otherwise the rice will stick to your hands like crazy.

You also need a rolling mat to make the sushi with. 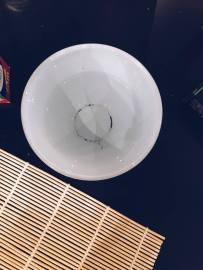 We’re going to start with the inside-out rolls.

You’re going to take a seaweed leave and cut it in two. Then you put the leave on the rolling mat and cover it entirely with rice. 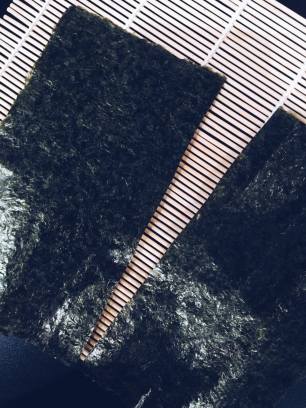 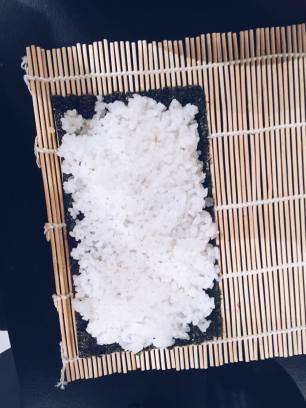 Then you take some cling film and put in on top of the rice. Then you flip the leave, rice and cling film over and now the cling film should be on the bottom and the leave on top.

Now you put whatever you want in your sushi roll on top of the leave and then you roll it up so you get a roll. I also put some some sesame seeds on the outside of these rolls to give that little something extra. 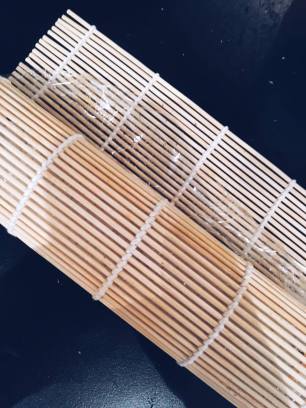 When you’ve done all that, your rolls should look like this.

Let them rest for a bit in the fridge and then you can start cutting them up! 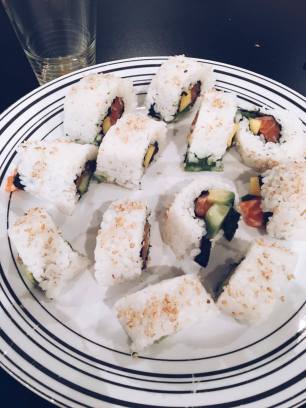 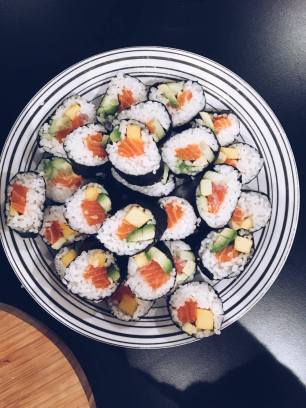 I hope you enjoyed reading the recipe and I hope you’ll try it out sometime!